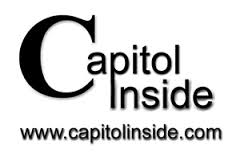 Good write up in Mike Hailey’s – Capitol Inside (sorry, story in behind the paywall) on Don Huffines’ insurgent primary victory over a long time Texas Senate incumbent.   Hailey rated the effort the “Best Challenger Campaign”.   You can log on to the campaign’s YouTube page to view some of our TV and online spots.  Below are some of the excerpts pulled from the story.

“There were essentially two kinds of conservative candidates who fared well in GOP primary races in the world of Texas politics this month. There were those who ran behind the tea party brand and won races outright or advanced to runoffs regardless of whether they’d had good, lackluster or relatively non-existent campaigns.  And then there was Don Huffines.”

“Employing a mix of proven Texas talent and consultants from out-of-state, Huffines’ camp customized the campaign for the unique circumstances surrounding it in a district that isn’t nearly as Republican as the areas that Carona’s GOP colleagues represent. With initial polls showing Carona with 65 percent support compared to a mere 3 percent for Huffines, the challenger spent a substantial chunk of his campaign budget before the Thanksgiving holidays on positive television advertising and mail designed to build the foundation for name identification as the necessary starting point. Huffines introduced himself to voters as a conservative outsider who’d been a successful businessman – and he stayed on the high road in a highly disciplined fashion all the way into late January before taking the gloves off for a fight that was destined to be as brutal as it would be expensive.”

“Huffines’ camp fired the most potentially lethal torpedo when it suggested in direct mail drops and TV commercials that Carona had helped Senate Democrats raise political money as a way to ensure that he’d have their support on bills that would benefit his real estate management company without significant revisions to laws governing home owners associations.”