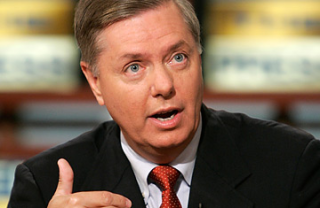 Politico did a good – and interesting – story on the state of play in the South Carolina Senate race.  Lindsey Graham has been a long-time client of ours.  Two things we know about him… he never takes a race for granted and always campaigns hard.  Check it out if you’ve got the time, interesting read. 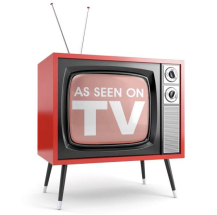 While several outside groups have already been blasting the airways in key states/districts across the country, the next thing to be on the look out for is early Fall bookings.  Nathan Gonzales of the Rothenberg Political Reporter has a good write up of the state of play.  These outside groups can’t coordinate with campaigns but they can signal their intentions to the world.  And with the amount of money they raise, they do play a role in campaign thinking – as well as other players (like committees) – on how and when to respond.  These groups are a fact of life in campaigns these days so ignore at your own peril.

New spot launching this weekend in South Carolina for Lindsey Graham.  Just in time for the NCAA Final Four.  The President may have told us “If you like your healthcare plan, you can keep your healthcare plan…”  Told us that not once, not twice, but 36 times, period!  Well, we know how that ended up [Spoiler Alert: check out this “Lie of the Year” link].   Lindsey Graham has a plan to empower states to Opt-Out of Obamacare.  Check out his latest spot below.

Like a scratched record skipping since 2009, Democrats repeat: “Republicans are the Party of No.”  If you haven’t heard it in a while, here are a few reminders: watch Senate Majority Leader Harry Reid remind us on the Senate floor that “a few extreme Republicans” blocking bills are weakening the U.S. internationally and empowering Putin; or watch House Speaker Nancy Pelosi tell Daily Show Host Jon Stewart, “It’s very hard to negotiate with them,” (that’s right, “them” being the naysaying Republicans); and who can forget Obama’s last Presidential run, campaigning day in and day out that Republicans, “spend all their time attacking Democrats, instead of attacking problems.”  (Frankly, we could argue that Democrats are the problem, but we digress).

Well, the tables recently turned in Iowa – and Democrats are being exposed as the contrary folks calling names and refusing to cross party lines.  With his hand in the pocket of trial lawyers – Representative Bruce Braley was caught on camera calling Iowa Senator Chuck Grassley just, “a farmer” without a law degree.  Braley warns that if Republicans take back the Senate, the Judiciary Committee would be in the hands of a farmer!  The horror!

Mark Jacobs knows how important it is to work toward solutions, and he looks forward to working with Senator Grassley. Take a look at his latest ad to hit the Iowa airwaves.

Oh, and when we take back the Senate this November, you can bet your tail it won’t be a ‘party of No’ we’ll be throwing!

Another election is around the corner, and that means another shot for Republicans to take back the Senate.

But Mississippi’s own Republican Senator Thad Cochran is facing a challenge from within the party – from trial lawyer Chris McDaniel.  He says he’s conservative, but his record says something very different.  Mississippi Conservatives PAC is exposing McDaniel’s record of flip-flopping; on everything from Tort Reform to earmarks.  Learn more about McDaniel’s record here, or watch our ad below.

If we really want 2014 to be a victorious year, Republicans need to be sticking together to take on the real enemy — the Democrats and the Obama agenda.  With McDaniel trying to unseat a tried and true conservative like Senator Cochran, we here at Team SHC can’t help but ask the question: Why not just focus on taking down the Democrats in Washington?  And we’re not the only ones asking… This article raises the point that Tea Party money may be doing more to help Democrats win re-election than send conservatives to Washington:

That’s food for thought, isn’t it?  We want to hear from you – 2014 is another chance for Republicans to gain a majority in the Senate, but are we too divided as a party?  How can we take back Washington?  Leave your thoughts on our Facebook page or connect with us on Twitter!